I don’t know how it happened, just like each year, but we are about to say goodbye to yet another year, while a new one is right around the corner. I’m sure that I’m not the only one who is amazed with how fast this year has gone by. However, unlike in previous years, this one was definitely one of the ones that was full of highlights filled with many of great memories that I will cherish for some time, if not forever.

Year 2009 was a huge year for me that was mostly associated with my personal growth, making life-altering and changing decisions, taking the first steps, trying to figure out where and what to do next with my life. It sure wasn’t easy, quite overwhelming, which sure took me for a ride on one of those emotional roller coasters. 😉

However, this year has become more about finalizing some of those plans I’ve made, finally moving into a place after a year that I could call “home” again. I was thinking and relocating to Boston, but that didn’t work out, so I settled in Portland for now. I was hoping to be closer to Europe and change scenery a bit, but by staying in Portland, I wasn’t too disappointed. I have a lot of friends here and I just love the people that I work with as well. By moving across the country, I would have sure missed a lot, especially those dart battles.

This year, I got to travel some again, which was nice. After spending New Year in Vancouver BC, where I went shortly after a month spent in Slovakia. After about 20 years of dreaming about visiting Boston, I have finally made it there. Not only I got to experience Beantown first-hand once but twice! From the first day, I was in love. Not sure if it was the European look and feel, or the people. The city definitely resonated with me and I couldn’t stop capturing the magic through pictures while walking around as much as I could. What a better place to celebrate St. Patrick’s Day than in this amazing city. And the stories I’ve had just from that one day… Fun times, for sure! 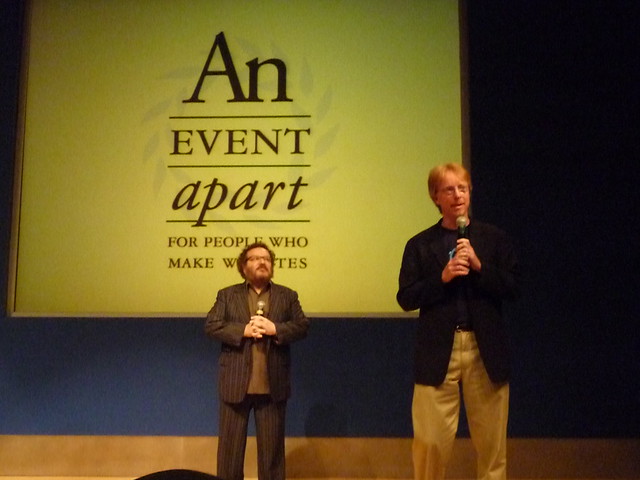 This year after a year-long break, I got to finally attend again An Event Apart in Seattle. This was my third time attending but who knew that this one conference would have such a great impact on me once again. Besides learning few new things, I have made some new friends and got to meet & hang out with more amazing people from our web industry that I’ve been looking up to, reading their blogs or books. Maybe my collection of pictures on Flickr can give you a little idea of the thrill and excitement I’ve had being there.

In May, I got to go back to Boston, from where I took a 6-day trip to Florida and went on a little cruise with “few” of my girlfriends & then returned to Boston till the end of a month. I got to go to my first Red Sox game. Since I was there around the same time as An Event Apart Boston was taking place, I got to hang out more with some of the speakers and make new friends, like Jared & Geri.

In July, I made another little trip up to Vancouver BC to visit my friend Sarka. It wasn’t until September when I packed my suitcase once again, but this time it was to go back to east coast to visit a friend in DC and reunite with few of my An Event Apart friends & once again, meet some new ones. This year, I have met several people via social media, like Twitter & Frank was one of them. He is originally from Czech Republic who currently lives in London, so we figured that AEA would be a great place to meet finally in person. I got to see Jared again and meet his lovely wife Nancy, who were so kind and let me stay with them for few days during the conference, so I’d have a smaller commute to do all my DC sightseeing during the day and partying in evenings with my AEA family. 🙂 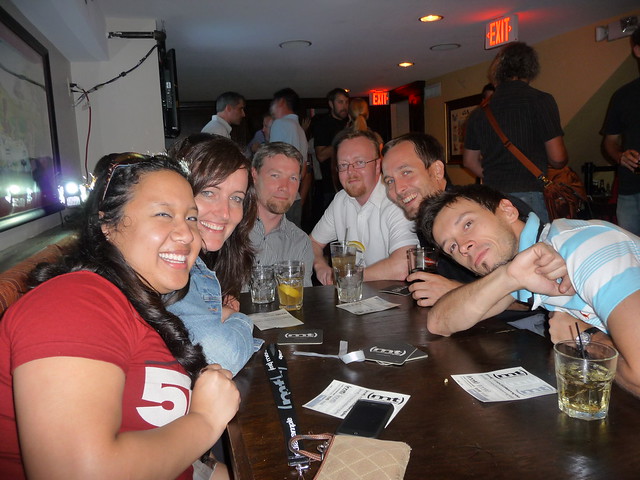 The first day Andy Clarke introduced me to his friend Ryan, who was there with his other friends: Chris, Nick, and last but not least Candi. All of us, we pretty much became inseparable for the remainder of the week and just hang out together every day. Trust me, there wasn’t one single dull moment in our company. If you ever wanted to know more, just ask either one of us about “Moon River”, my reenactment of Britney Spears’ video “Gimme More”, or that all so famous “Poopin’” tweet. Well, maybe I know a little more about it than you might think… 😀

It was hard leaving DC and everyone, knowing that it would be a while till I see any of those people again. However, we all stay in touch which didn’t seem to be a trend in a past. So, this sure is refreshing, knowing that all the connections that I’ve made this year were real and lasting.

Only few weeks after coming back from DC, I got yet again asked to be a guest on Dan Benjamin‘s video podcast The Conversation. Honestly, when he asked me in a past, I thought he was just messing with me, but I guess he wasn’t. Conveniently, Candi has been volunteering for him and Geri has made him a Hannah-Barbera style illustration. Since we all sort of knew each other, we agreed to do the episode called Spiderwomen together. Even though we all were extremely nervous, we ended up having a lot of fun doing it.

Well, that’s just a little something about what this year has been for me. A great year filled with a lots of new memories and new friends. Most importantly, there were no significant losses in my family or circle of friends, which seemed to happen quite a bit in the precedent years. I am already looking forward to what 2011 has in store for me. Next year already looks like it should be filled with few trips, including going back to Europe, getting reunited with my friends in France after 13+ years, and definitely attending more conferences, reuniting with old and meeting new ones.