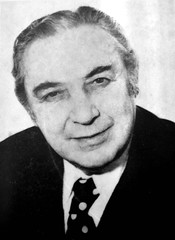 Well, no many people know but my grandpa, Martin Gregor, was a well known and respected actor back home. He has achieved so many things during his life but has passed away when I was only 6 years old. I don’t have many memories with him but can’t be grateful enough for what he did for living, since I can have him to be part of my life at almost any given moment. Living in US, it sure make is hard to see any of the old movies that he might have been in and get still aired on TV from time to time, but was lucky to buy few of them. He even had a smaller role in “The Shop on Main Street” which received a Golden Globe in 1964 & an Academy Award for best Foreign Film in 1965.

Recently, I have found out that the movies that I’ve been dying to get my hands on for years, I could actually finally able to get them. Back in 70’s, my grandpa did voice-over for Grumpy in Disney’s Snow White and for the King in Cinderella. Due to some bad damage to original audio for both movies, many were saying that those versions that so many grew to love, would never see the light again.

I am not sure who took it upon themselves and who to thank but I guess those copies were restored and as far as I know, I should hopefully soon have that one version of Snow White that I’ve been wanting to own for years. I am keeping my fingers crossed that it’s not going to be too long before Cinderella will be out too, so I could get a copy of that too. For now, I just will have to settle with what I found on YouTube: